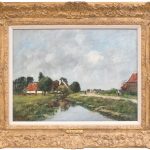 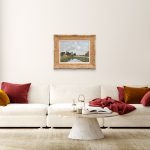 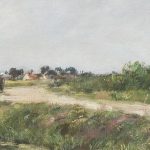 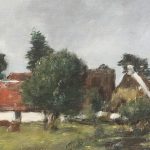 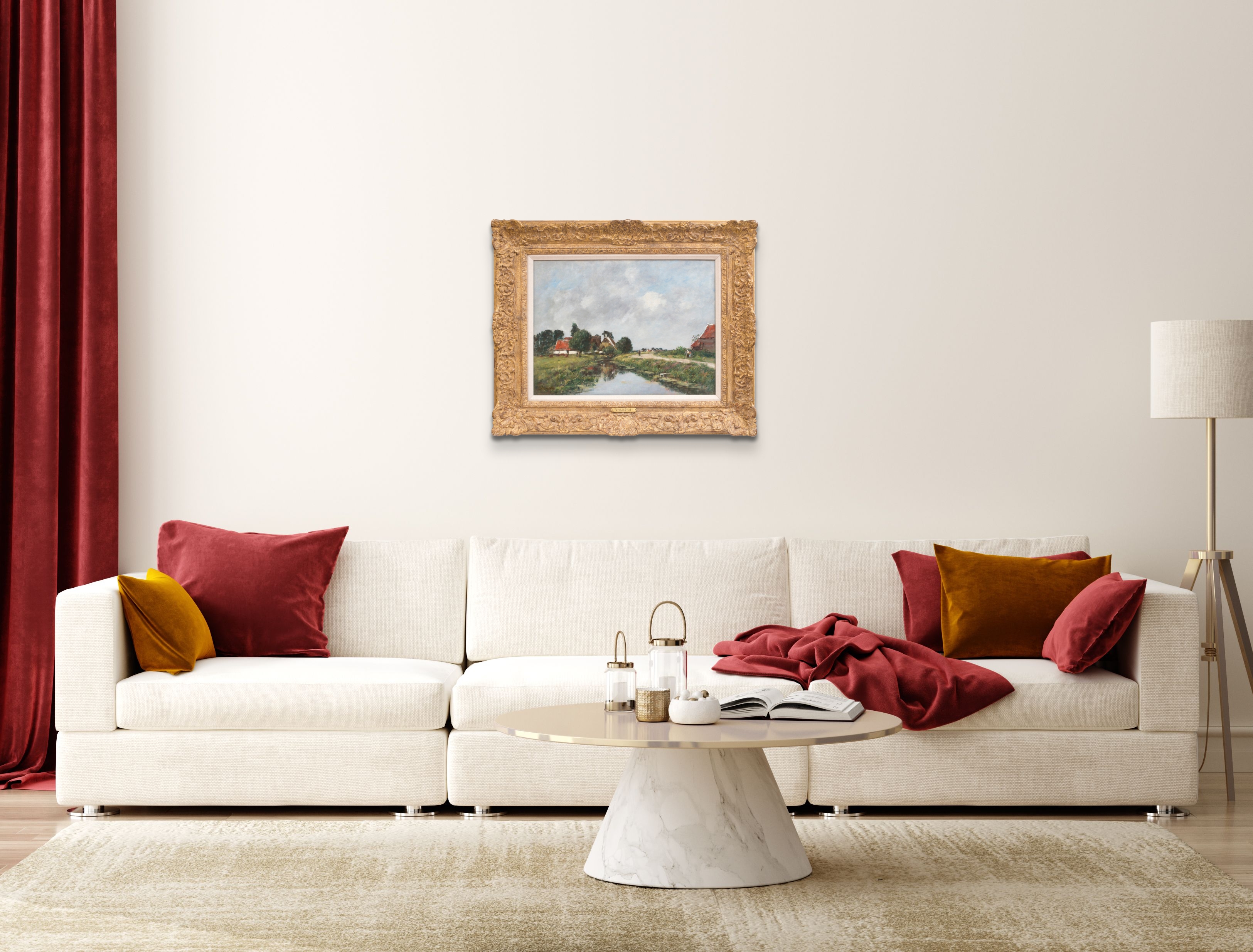 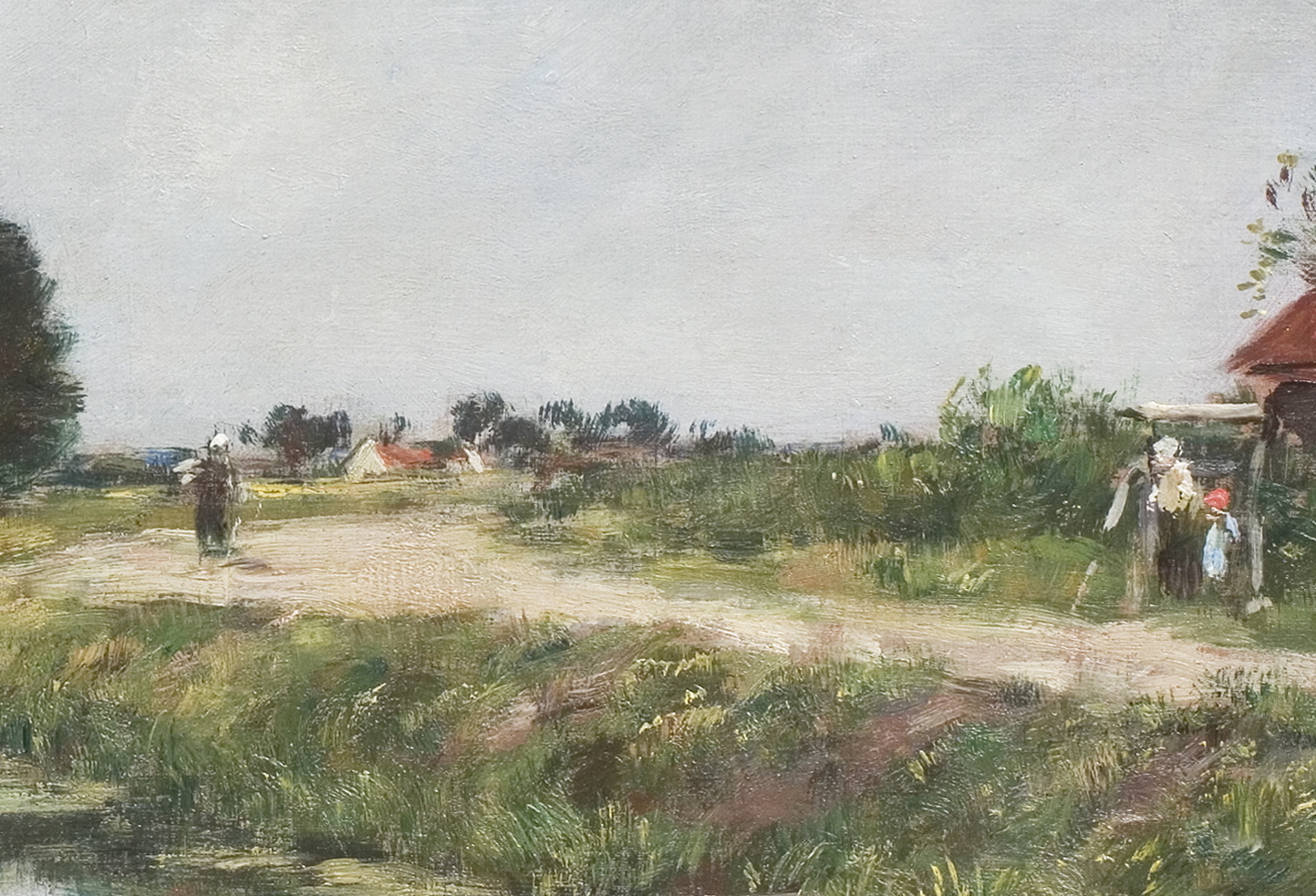 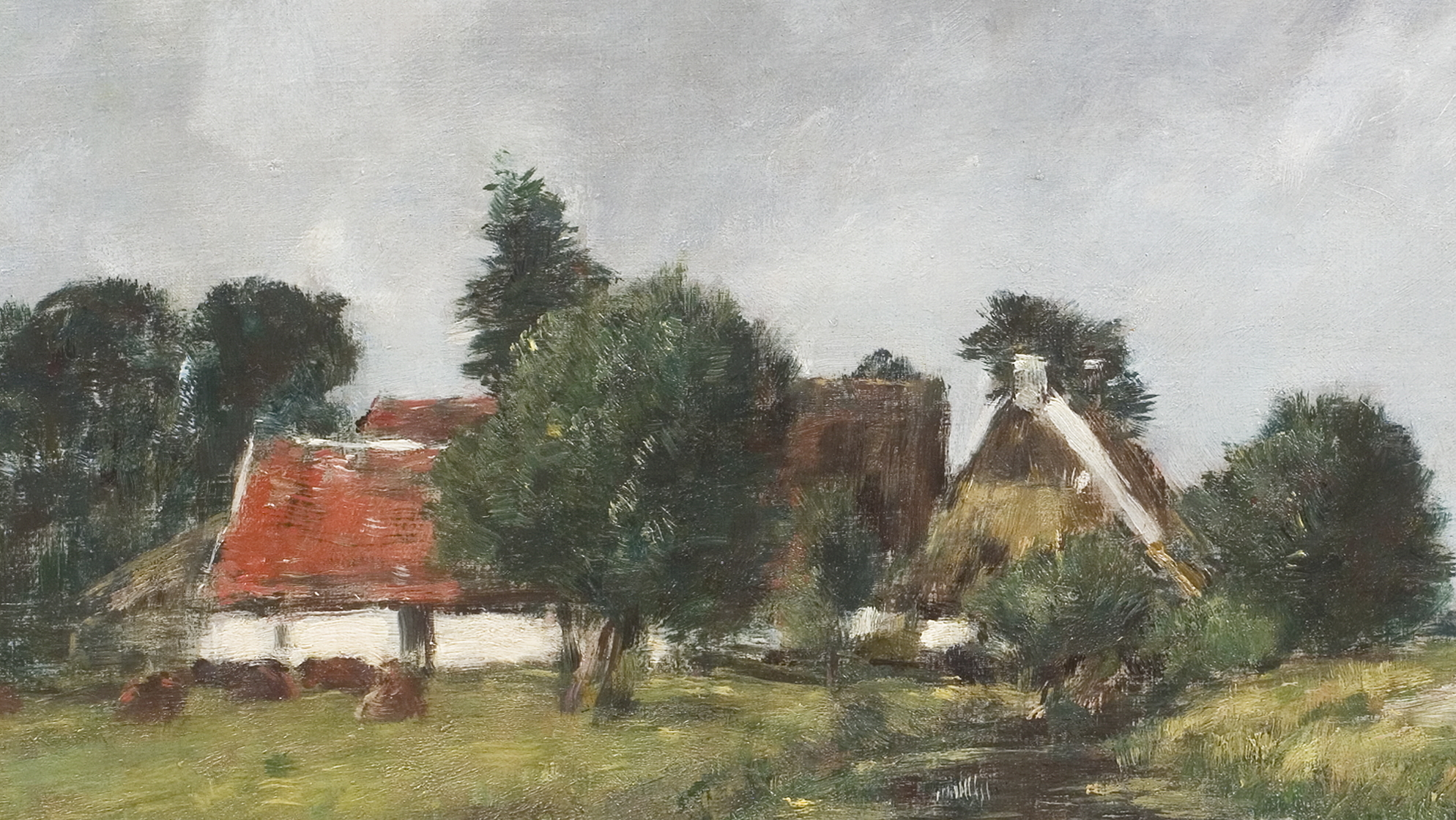 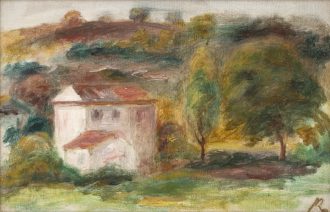 Eugène Boudin spent his early life in Normandy. Working as a cabin boy on his father’s ship gave him an early exposure to the ever-changing sea and sky that would form his primary focus as a painter. Aged 12, he started working in a stationery and frame shop, and co-owned a framing store by the age of twenty. After selling his share of the business to buy himself out of military service, Boudin visited Paris.

The artist’s early career formed a pattern of painting outdoor sketches in the summer, which he would then finish in his studio over the winter. During this period, Boudin painted inland landscapes, peasants, and still lifes, but it was the seaside that increasingly attracted his attention.

How was Eugène Boudin’s work ground-breaking?

In 1862, Eugène Boudin began to paint the crowds of fashionable tourists who had started to visit the Normandy coast. Until then, coastal scenes were rarely populated, and if they did include figures they were likely to be local fishermen. To paint tourists on a beach, smartly dressed and engaging in leisure activities, was daringly modern, and marked Boudin out as a pioneer of progressive French painting.

Was Eugène Boudin an Impressionist painter?

By then, Boudin had already made his debut in the Paris Salon, and been introduced to the influential critic Charles Baudelaire. Although a certain level of success seemed assured at this stage, Boudin still followed the established tradition of outdoor painting. He treated his work as studies rather than finished pieces, needing to be properly ‘completed’ in his studio using sketches, notes and memory.

To aid him, he made meticulous notes about atmospheric conditions and the time of day. Painting in this way was not easy, as he wrote to a student: “An impression is gained in an instant, but then it has to be condensed following the rules of art or rather your own feeling, and that is the most difficult thing – to finish a painting without spoiling anything.”

This realisation of the inherent falseness of finishing paintings in the studio eventually led him to make the step that so influenced the Impressionists — painting almost entirely en plein air.

Typically, instead of grasping the opportunity to become one of the notorious group of Impressionists, Boudin showed little ambition, remaining in Normandy for much of the time, although he did continue to exhibit with many of the artists. The paintings that he made of the coast are usually concerned with the Impressionist ideals of light, and contain the immediacy, vibrancy, and rapid brushwork that demonstrate his continued influence on the group.

What was Boudin’s influence on Claude Monet?

The energy and immediacy of work painted outdoors and the attention paid to changing weather and light had a particular effect on Claude Monet, who had worked alongside Boudin when he was young, and remained a friend. Boudin persuaded him to abandon the caricatures he had been working on and become a landscape painter.

As Monet said, quoted by G. Jean-Aubry and Robert Schmit: “…it was as if a veil had been torn from my eyes. I had understood, had grasped what painting could be. Boudin’s absorption of his work, and his independence, were enough to decide the entire future and development of my painting.”

Where did Eugène Boudin exhibit his work?

Despite having been exhibiting at the Salon since 1959, and having had paintings shown at various exhibitions in Rouen, Pau, Roubaix, and Grenoble, widespread success was proving elusive. Part of this was due to Boudin’s melancholic disposition and self-deprecation, but he also showed little appetite for increasing his profile. In addition, from the late 1860s, he stopped painting the scenes of fashionable men and women on the beach, and devoted himself entirely to coastal scenes.

However, his reputation had increased sufficiently by 1874 that he was included in the first Impressionist exhibition. Being in the unusual position of also having paintings in the Salon of that year, Boudin formed a crucial link between the past and future tendencies of French art, and demonstrated the esteem in which his contemporaries held him.

In the early 1880s, Boudin finally achieved financial security and widespread recognition when he secured a relationship with Durand-Ruel, the dealer that was the driving force behind the Impressionists. In 1883, Durand-Ruel opened his new gallery on the Boulevard de la Madeleine in Paris with an exhibition of works by Boudin, comprising 150 paintings and other pastels and drawings.

Boudin’s sales and successes continued with an 1888 auction at the Hôtel Drouot in Paris. In 1889, 1890, and 1891, more successive shows were organised at Galerie Durand-Ruel. And in 1890, he was elected a member of the Société des Beaux-Arts. His work travelled across the Atlantic, where it was also exhibited in Boston in 1890-1891.

How was Eugène Boudin’s work appreciated?

Boudin’s increased wealth enabled him to travel extensively. He visited Belgium, the Netherlands, and southern France, and from 1892 to 1895 made regular trips to Venice, while continuing to exhibit at the Paris Salons until his death. He received a third place medal at the Paris Salon of 1881, and a gold medal at the 1889 Exposition Universelle. In 1892, Boudin was made a knight of the Légion d’honneur, a somewhat tardy recognition of his talents and influence on the art of his contemporaries.

Tragically, however, the extensive praise and acceptance came too late. By now an old man, he was unable to keep up with the demand for his work, exhausting himself in the process, and becoming increasingly frail. Despite his late flourishing, he remained modest about his achievements, and the man described as the ‘master of the sky’ by no less than Corot would only say “I may well have had some small measure of influence on the movement that led painters to study actual daylight and express the changing aspects of the sky with the utmost sincerity.” From a man about whom Monet said”‘If I have become a painter, I owe it to Eugène Boudin”, this is some understatement.

By the time of his death in 1898, his impact had been appreciated by a host of important French artists, dealers, and critics, including Jean-Francois Millet, Gustave Courbet, Claude Monet, Charles Baudelaire, Camille Corot and Paul Durand-Ruel. Today, his work is still revered by many. At Willow Gallery you can find a number of Eugène Boudin paintings for sale.