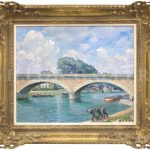 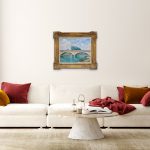 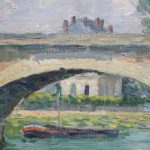 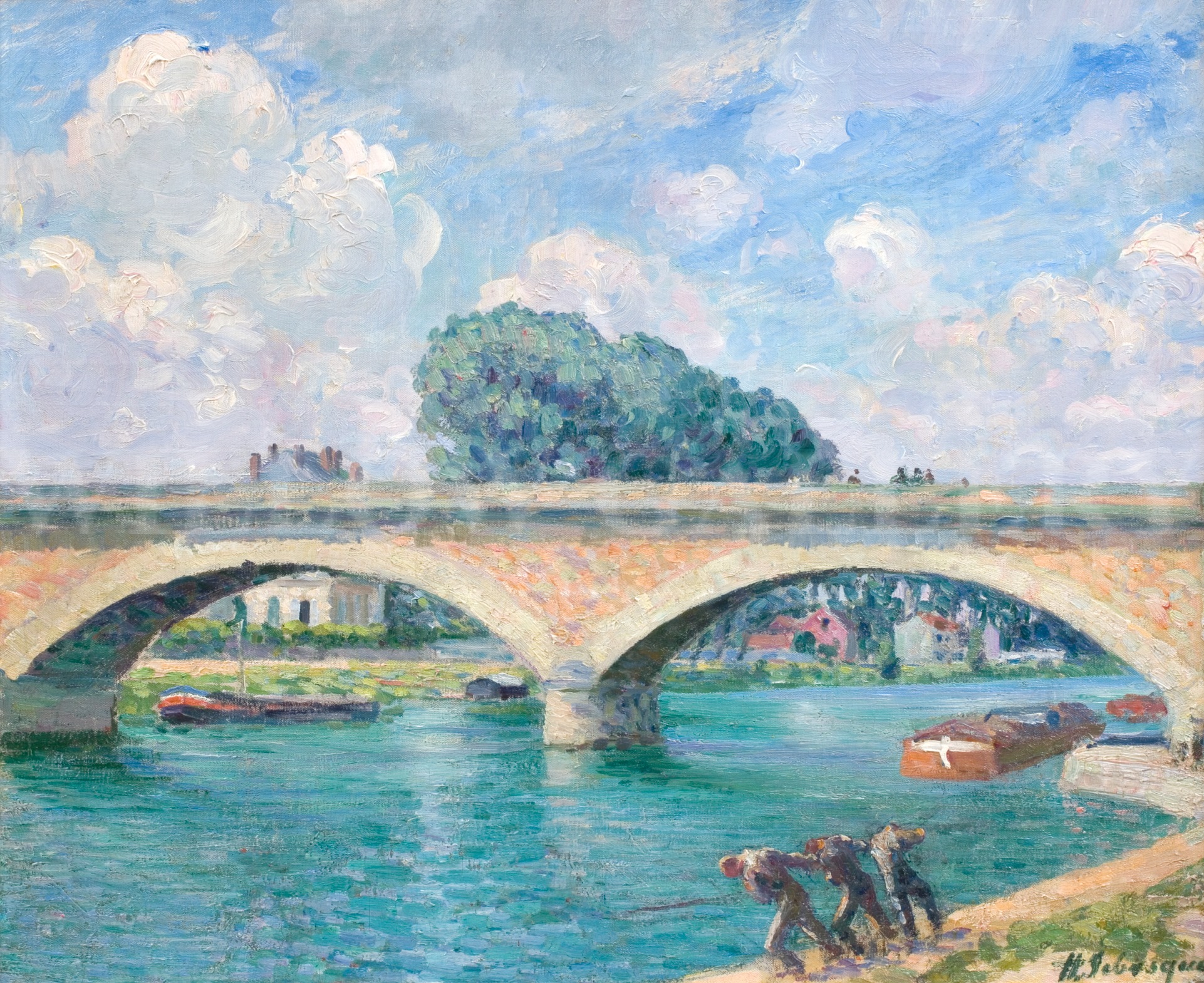 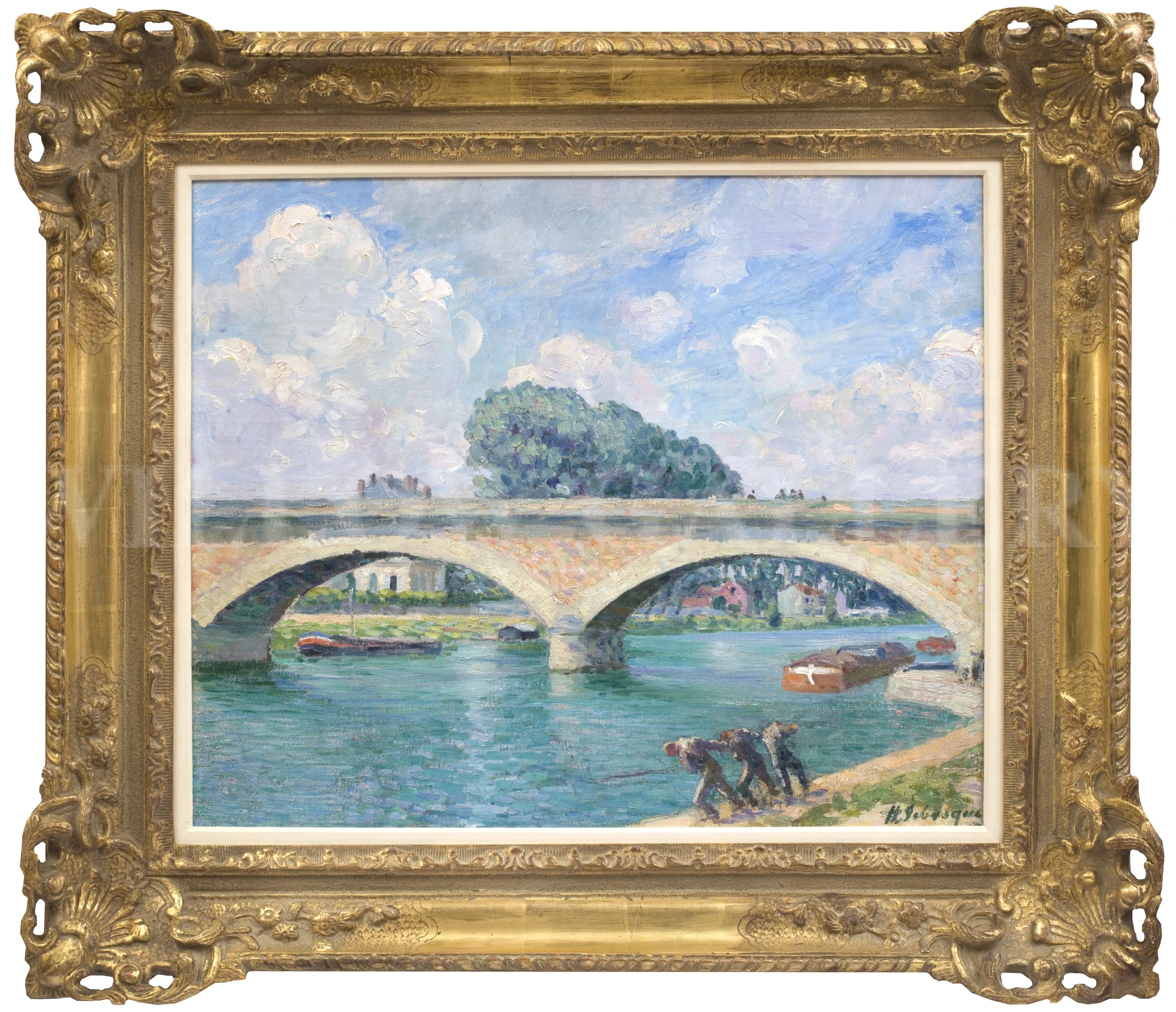 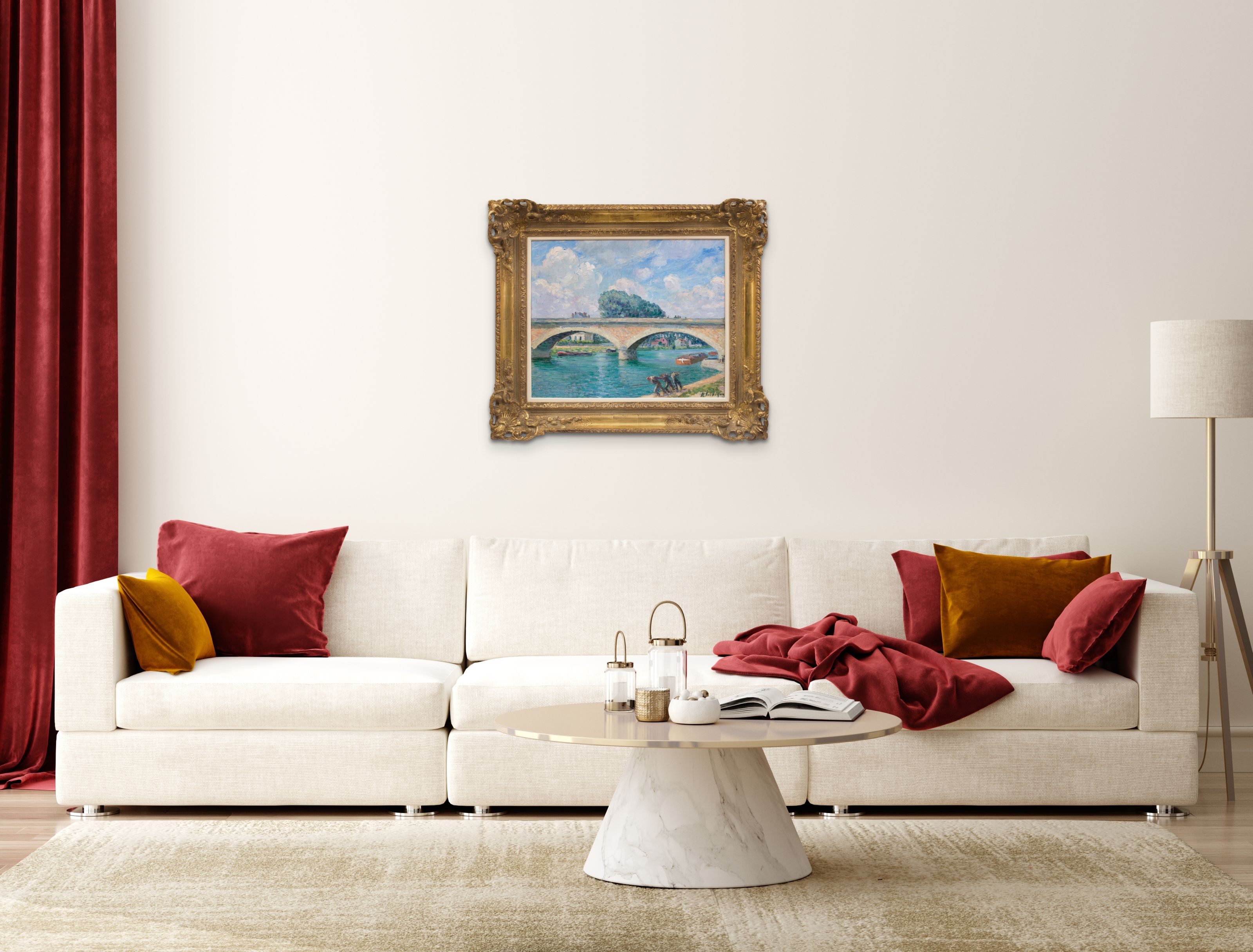 Henri Lebasque was a French landscape and genre painter. Born in Champigné, he went to Paris in 1885 to study at under August Joseph Truphème and the portraitist Léon Bonnat. Joining Bonnat at his studio, Lebasque started exhibiting at annual art society exhibitions and the Salon des Indépendants. He also worked on the frescoes in the Panthéon with Ferdinand Humbert.

During this time he made the acquaintance of Camille Pissaro, Georges Seurat, Maximilien Luce, and Paul Signac. From Seurat he learnt to explore the significance of colour theory in the form of dots of intense colour. However, Lebasque soon grew tired of the systematic and monotonous Pointillism. It was Pissarro, a true Impressionist, who had a lasting influence on Lebasque. Contact with other painters like Edouard Vuillard and Pierre Bonnard influenced his vision further. Lebasque and his friend Henri Matisse were the co-founders of the Salon d’Automne which opened in 1903 and artists including Matisse, Vuillard, Derain and Rouault, exhibited there two years later.

At the beginning of the 20th century he settled for five years in Lagny, where he painted landscapes. In 1906 Lebasque’s work underwent a marked transformation in the way in which he applied colour to his canvases and interpreted light. This change was motivated by his visit to the South of France with his friend Manguin and by the effect that the southern light had on him. Over the next few years he worked in Normandy, Brittany, and Vendée, and also in Saint Tropez, Saint Maxime, Nice and Le Cannet, where he settled around 1924 near Pierre Bonnard. In this period the subjects of his paintings were the objects and people around him: portraits of his wife and children, interiors and gardens, river banks as well as views of the Provence, the Côte d’Azur, orchards and olive groves. He remained in Le Cannet until his death in 1937, the same year his works were shown at the Exhibition of the Maîtres d’Art Indépendants at the Petit-Palais.

Lebasque stood out for his bright, fresh, colourful palette, and subjects that were similar to genre scenes: women reading in the garden, children at play and so on. He often painted intimate family scenes in green, leafy, almost luxuriant settings. However, he also produced a number of ceramic pieces with Rouault and Valloton, as well as theatre sets, which further consolidated his reputation with Paris galleries. One, the Eugène Druet gallery, exhibited his work between 1922 and 1930.
The Musée des Ponchettes in Nice held a retrospective exhibition in 1957 and in 1981 his work was shown in St Paul-de-Vence.