Henry Moret (1856-1913) was a French artist known for his colourful paintings depicting the coast of Brittany. His art underwent a number of changes during his life, but his mature work contains an unusual fusion of the synthesist work of the Pont-Aven School, and Impressionism. During a fruitful association with the pre-eminent dealer of progressive late-nineteenth century painting, Durand-Ruel, he attained recognition and success both in France and abroad. 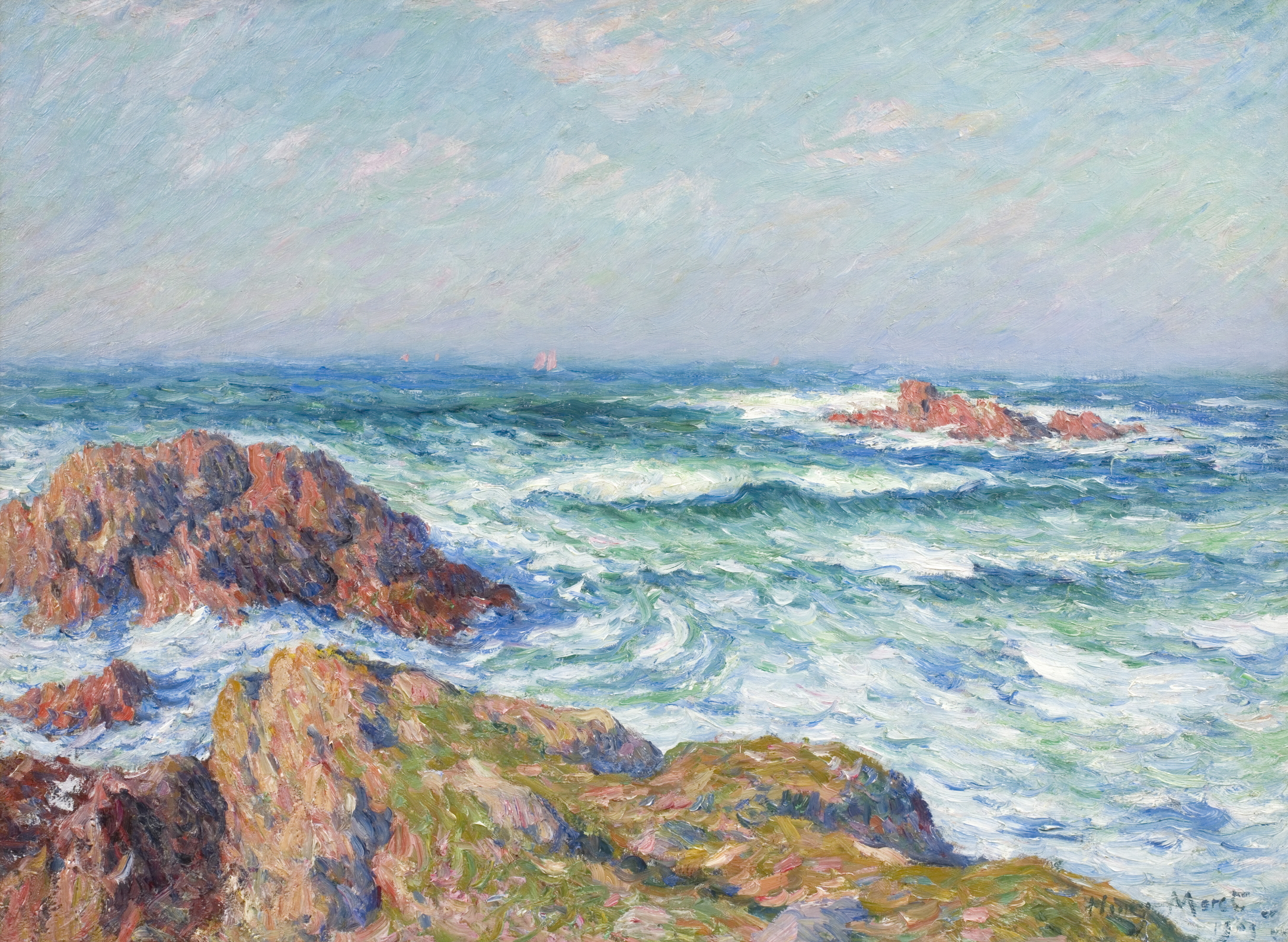 Born in 1856 in Cherbourg in northwestern France, Henry Moret started his artistic career after his military commander, Jules La Villette, recognised his talent. Through his introduction, Moret met Ernest Corroller, a drawing teacher and marine painter, who taught him landscape painting.

What were Moret’s education and influences?

Moret’s artistic training at the École des Beaux-Arts in Paris began following his military service in 1875. Although he first exhibited at the Paris Salon in 1880, it was during his visits to Pont-Aven from 1888 onwards that he began to explore the less academic thinking of Gauguin in particular, although this waned after Gauguin’s departure in 1891.

What was Henry Moret’s artistic style?

Influenced by Gauguin, Moret’s work presented the markers of Symbolism. As his work developed, his success grew, and in 1895 he began to exhibit work with Paul Durand-Ruel, whose network of galleries around the world had huge success promoting modern painting, particularly Impressionism.

Indeed, Moret’s work became markedly more Impressionist after about 1900, with small flecks of paint replacing the broad strokes favoured by the Pont-Aven artists, and an increasing concentration on landscape painting and the effects of light. Moret gave Durand-Ruel approximately 600 paintings, many of which were exhibited in Paris and New York, leading to his international recognition. Over the course of his career, Moret’s painting can be seen as a reflection of the seismic changes happening in European painting at the time, from the classically-oriented work of the early years to his later more Impressionistic style.

Where are Moret’s paintings exhibited?

An indication of the popularity of Moret’s work during his lifetime and beyond can be gauged by a selection of museums that hold his work, including: the Musée d’Orsay, Paris; the Musée des Beaux-Arts de Quimper; Southampton City Art Gallery; the National Museums and Galleries of Wales, Cardiff; the Hermitage, St Petersburg; the National Gallery of Art, Washington DC; the Museum of Fine Arts, Boston; and Indianapolis Museum of Art.

Moret’s paintings are still revered to this day. If you’re interested in owning his art, Willow Gallery offers a number of Henry Moret paintings for sale. 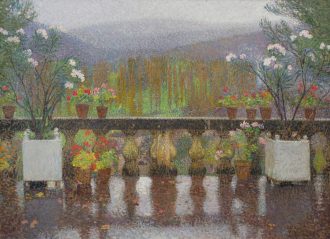 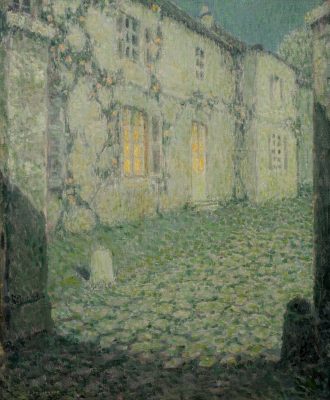 Notice: Trying to get property of non-object in /home/willowg1/public_html/wp-content/themes/willowgallery/includes/similar-artist.php on line 127