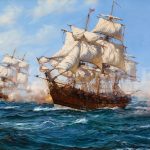 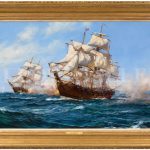 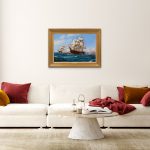 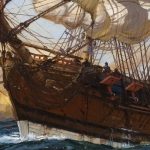 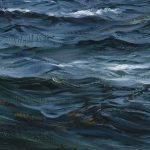 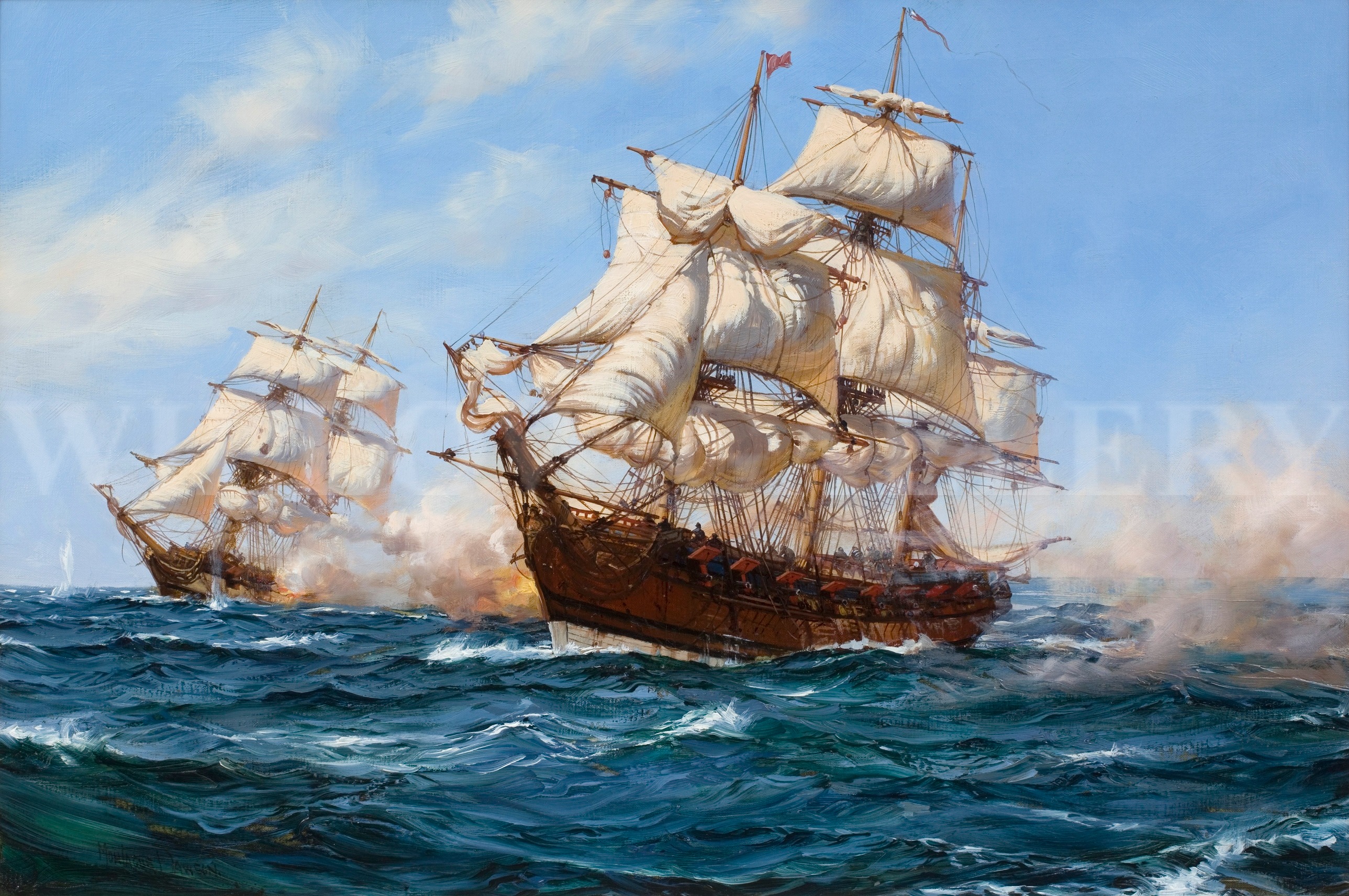 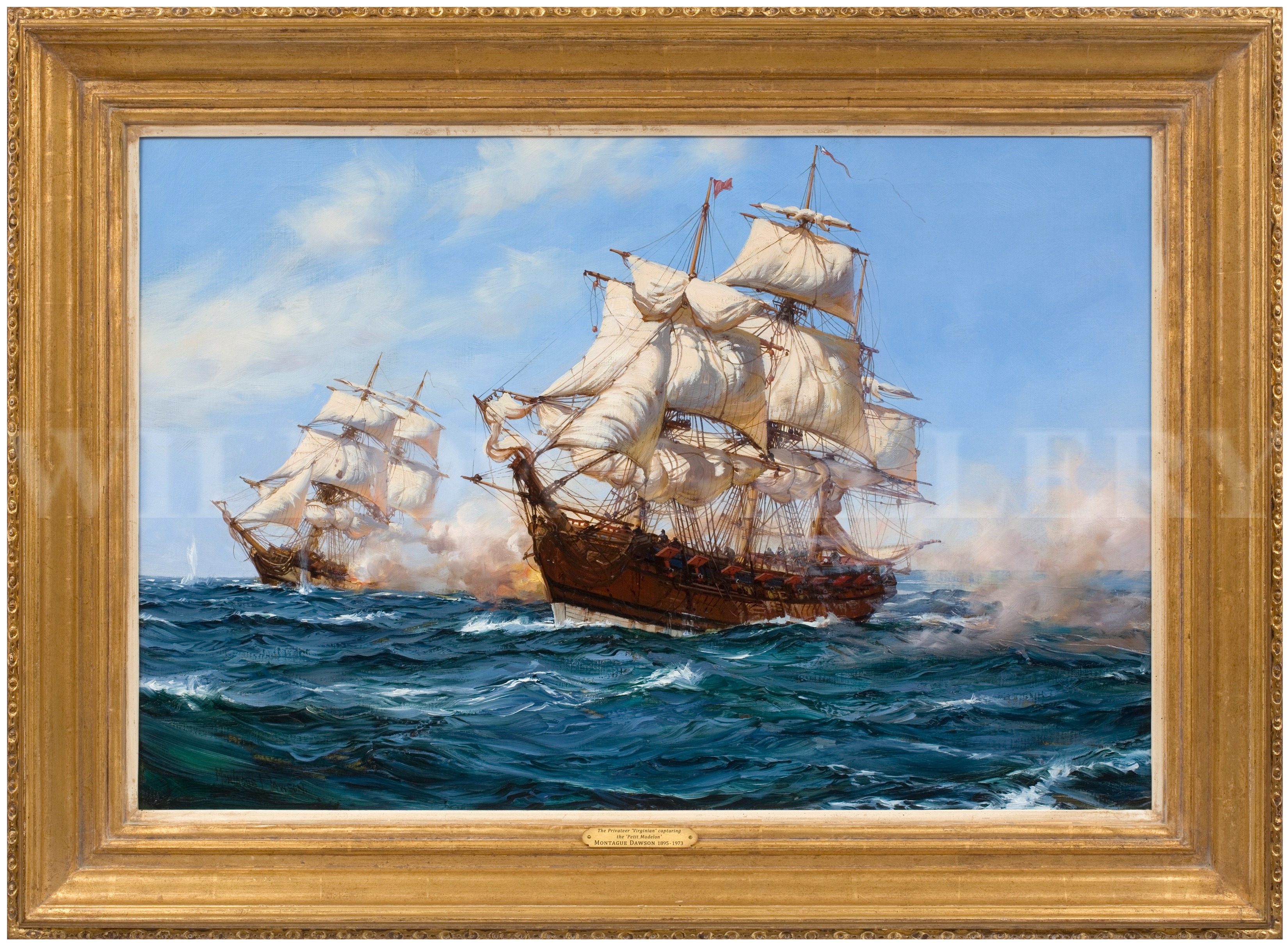 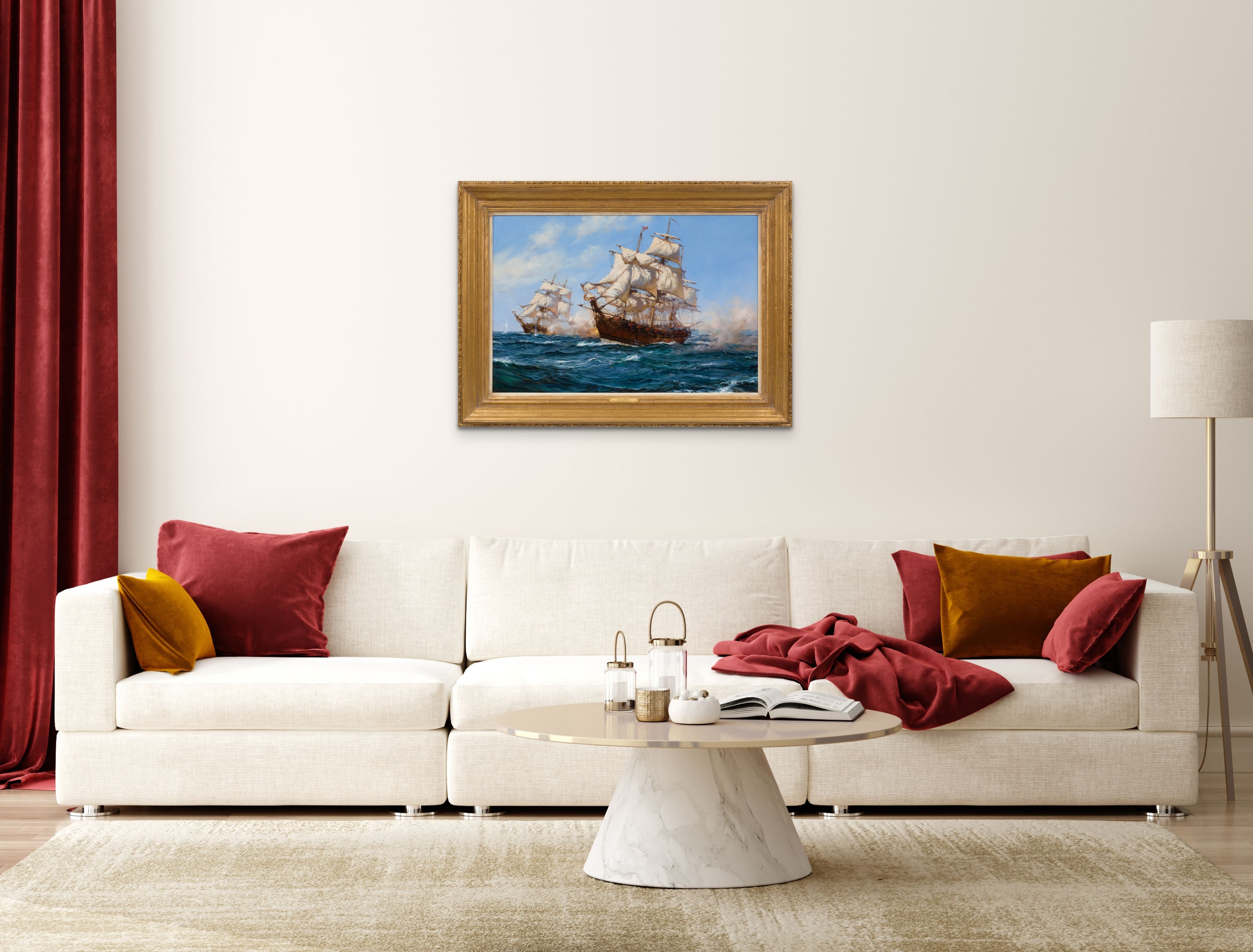 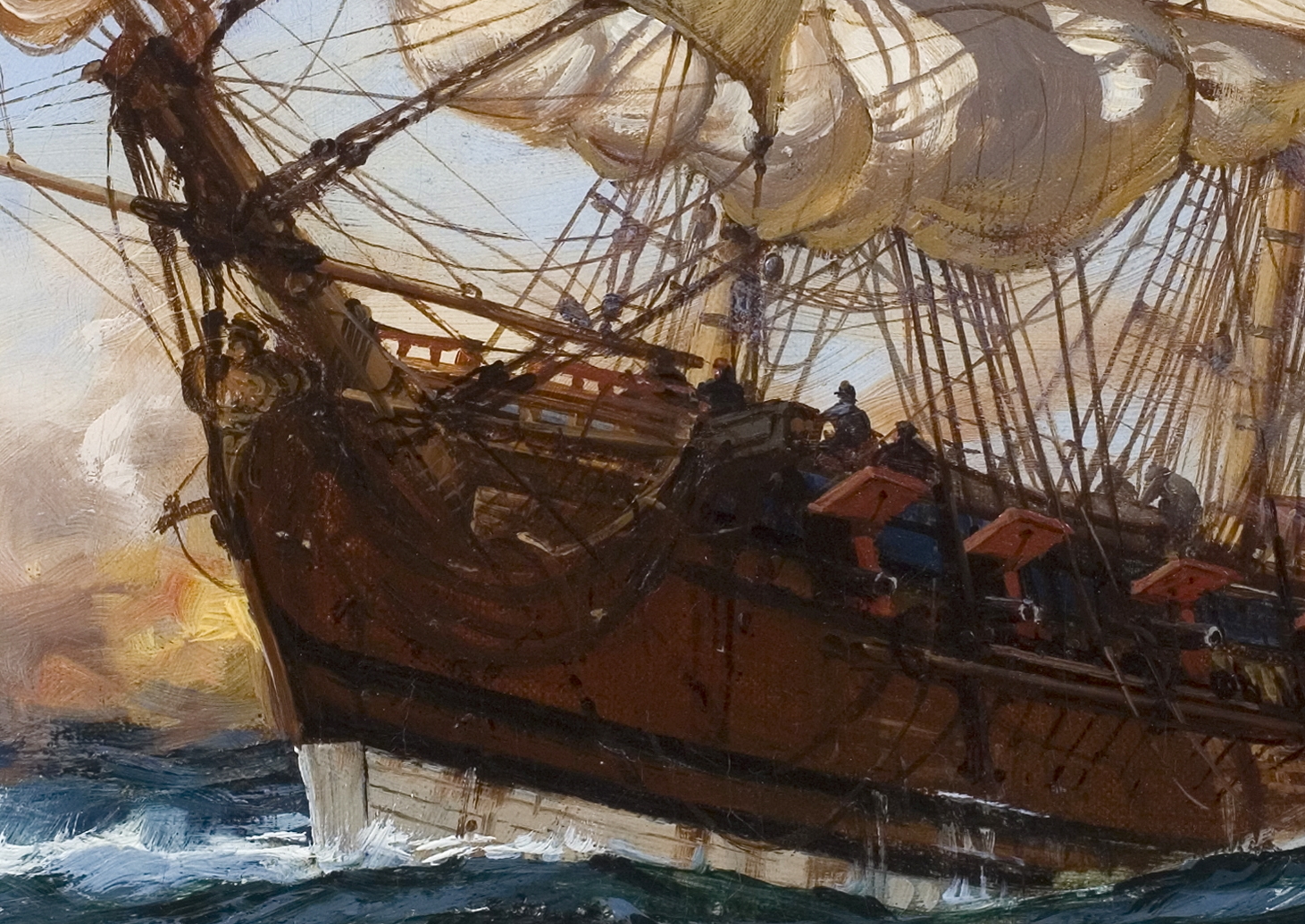 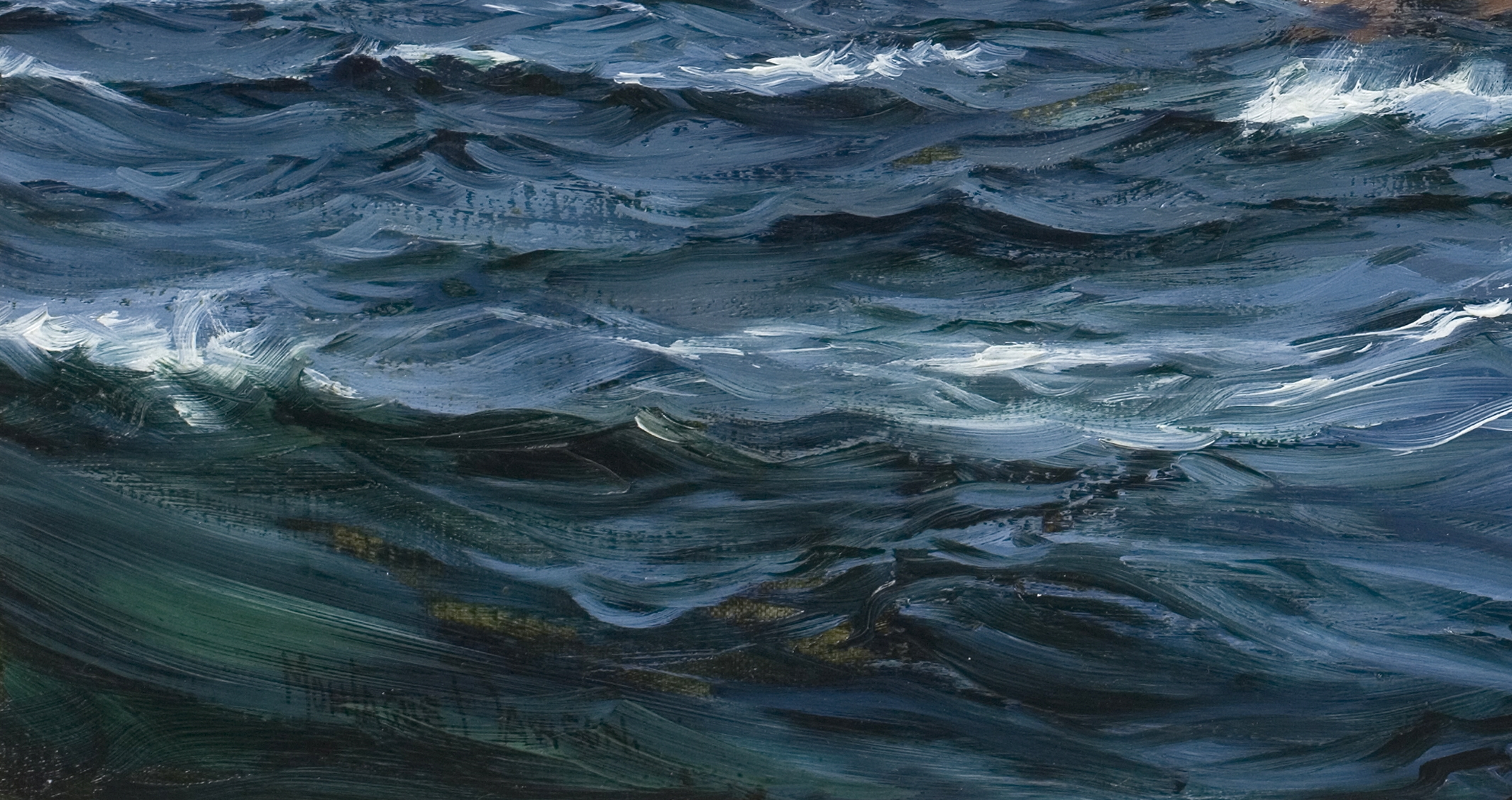 In addition to his paintings which show individual ships at sea, Montague Dawson was also well-known for his paintings depicting famous naval battles, often drawing inspiration from battles of the 18th and 19th centuries, of which he had prodigious knowledge. The naval actions of the French and American Revolutionary Wars, The American Civil War, and the Napoleonic Wars all provided him with subjects for these dramatic and action-packed paintings. Dawson also painted conflicts between privateers and merchant ships which took place during these same eras, showing ships which were specially commissioned by a government to capture merchant ships flagged under nations hostile to that government.  The ‘Virginian’ is perhaps the British Privateer, launched in 1758.