This painting is sold with a photo-certificate of authenticity from Mr Alain Letailleur and will be included in his forthcoming catalogue raisonné of the artist. 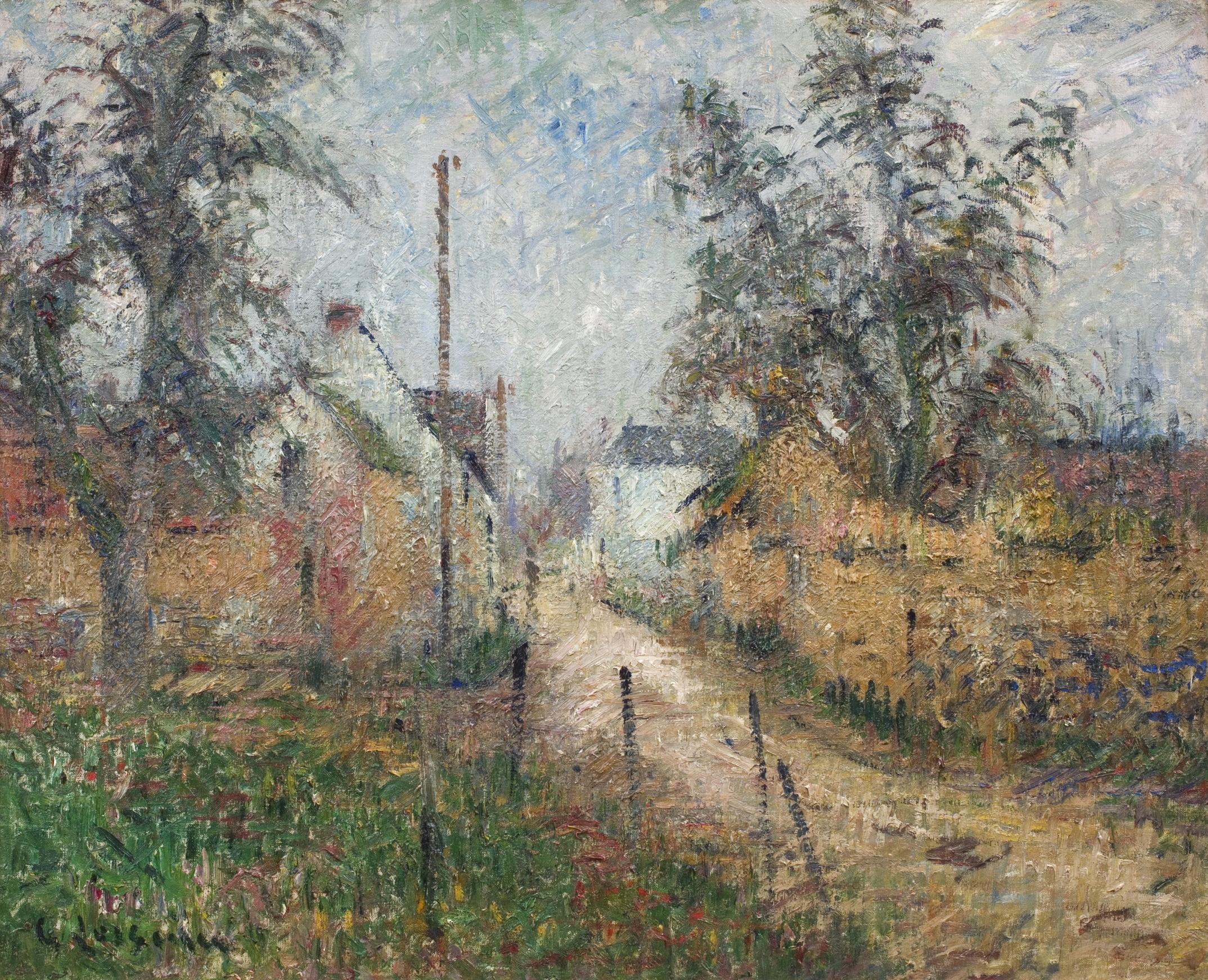 Robert -Antoine Pinchon was a French Post-Impressionist painter known for his depictions of ports, bridges, and rolling countryside. Born on July 1, 1886 in Rouen, France, his father was a playwright and close friend of the famed writer Guy de Mauspassant, who encouraged Pinchon to explore art as a youth. He began his studies at the Lycée Pierre-Corneille in Rouen in 1901, where he met both Marcel Duchamp and Pierre Dumont. Pinchon participated in the Salon d’Automne in 1907, where he and his contemporaries were lauded as the second group of talented artists to emerge after French Impressionists such as Claude Monet. Robert Antoine Pinchon’s first solo exhibition in Paris took place on 15–25 March 1909 at the Galerie des Artistes Modernes run by Chaine and Simonson, with thirty works listed in the catalogue. The show resulted in both sales and press coverage. This was followed by another show at the Galerie Legrip in Rouen on 30 June. A few months later, on 13 November, the Musée des Beaux-Arts de Rouen opened a show with fifty-two paintings: three by Monet, nine by Sisley, three by Guillaumin, one by Renoir, thirteen by Lebourg, five by Delattre, two by Freshon and four by Pinchon.

In 1914, Pinchon was called to serve in World War I, where he was wounded several times before being taken as a prisoner of war by Germany. The artist managed to escape captivity and returned to Rouen in 1918. He went on to re-establish his career, and exhibited works alongside Pierre Bonnard and Albert Marquet among others. Pinchon died on January 3, 1943 in Bois-Guillaume, France. Today, many of his paintings are held in the collection of the Musée des Beaux-Arts in Rouen.