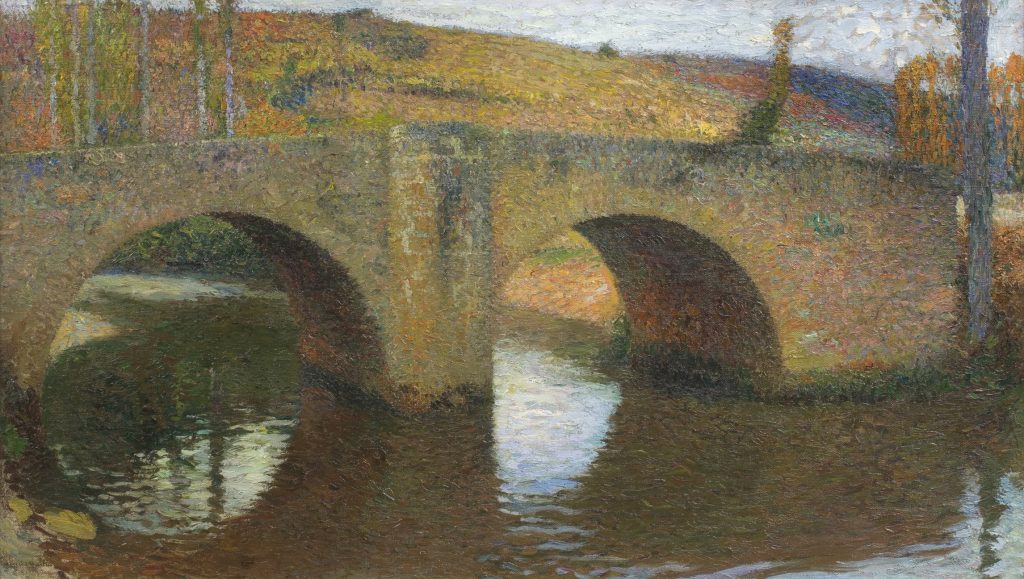 ‘Labastide-du-Vert à la fin de l’Été’ is one of Henri Martin’s finest paintings of the village. Painted from the gardens of his house on the hillside above, Martin has depicted the entire valley with Labastide-du-Vert in the centre. His love for the area is evident, and he presents it as a timeless rural idyll, untouched by modernity. This view of the village exists in several other paintings but this example stands apart due its size, panoramic format, and the quality of the palette and brushwork.