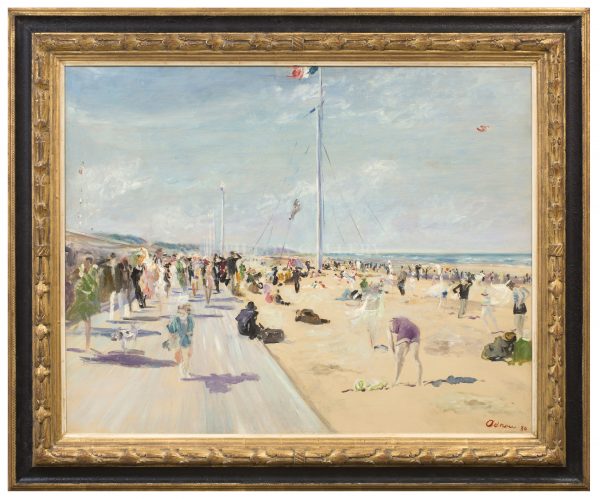 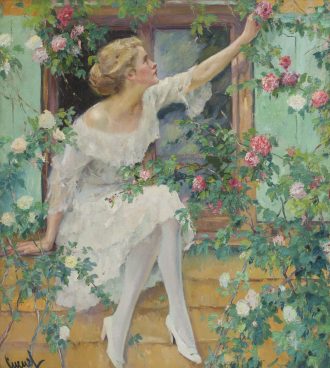 Lucien Adrion was a French painter known for his depictions of the countryside and bustling street scenes. Though his paintings were made after the heyday of Impressionism, Adrion’s work largely adhered to the movement’s aesthetic model. Born on May 25, 1889 in Strasbourg, Germany (present-day France), he moved to Paris at the age of 18, where he worked as a fashion illustrator. Deciding to travel in order to inspire his fine art career, he went to London, Munich, and then Frankfurt, before he was forced to relocate to Berlin at the outbreak of World War I. In Berlin, he studied under Hermann Struck until the end of the war allowed him to return to Strasbourg. Having eventually decided to move to Paris, Adrion set up his studio in the Montparnasse neighborhood, and befriended a number of young painters including Chaim Soutine, before having his first solo exhibition in 1926. In the decades that followed, the artist began to spend more time in the region of Normandy, where he found the beach scenes and landscapes which became his primary motif. The artist died on August 9, 1953 in Paris, France. Today, his works are held in the collections of the Musée d’Art Moderne et Contemporain de Strasbourg and the Van Gogh Museum in Amsterdam.